Take a quarter quantity of Basic Bolognese Sauce and add potatoes and cheese for a warming supper. To make Mince and Potato Gratin from scratch you will need to look at the basic recipe, which take about 1 ½ hours to make in total. 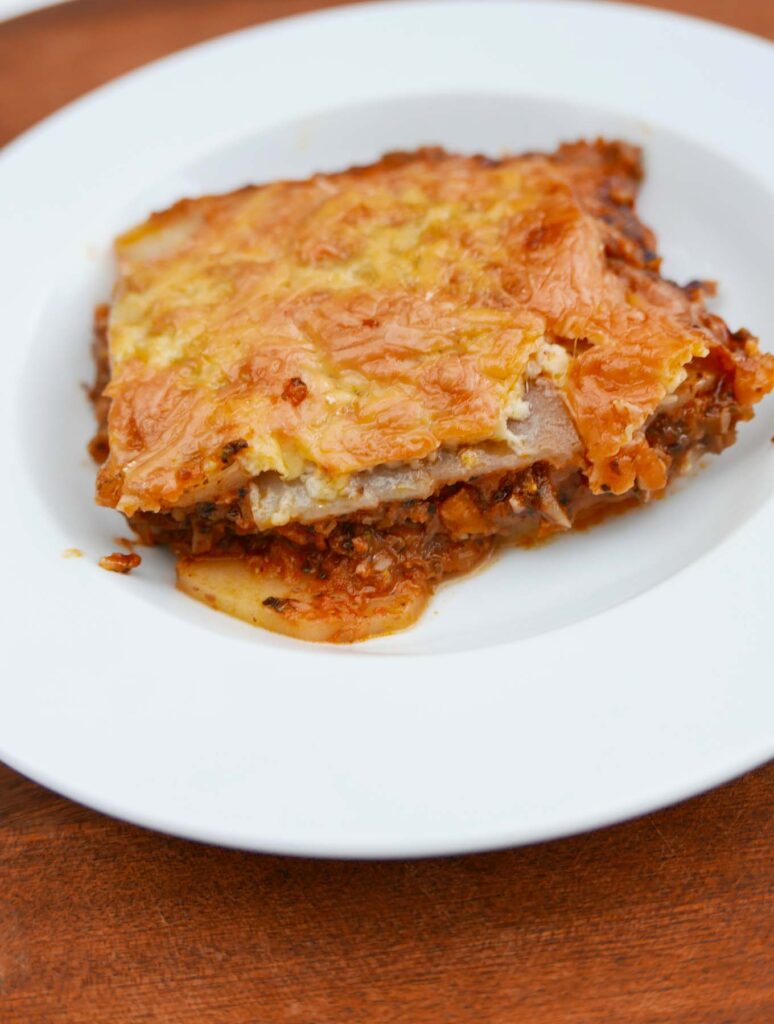 Mince and Potato Gratin is the second of four variations on Basic Bolognese. This dish uses potatoes and cheese in addition to the bolognese sauce. It's quick to put together but it does take at least an hour and a half to cook. You can prepare it ahead of time and put it in the oven on the timer so it's ready when you get home. If you're late, it won't spoil.

I just love this dish. It feels like something completely different to the basic Bolognese that it's based on. Just adding potatoes gives it a warming, English-autumn food feel. It's so simple, what can I say?

What sort of potatoes to use? That could be a whole blog post but, fortunately, this gratin doesn't really care. I used Maris Piper, which is quite a floury, all-purpose potato, but it didn't dissolve (as you can see in the picture). What is important is to cut the potatoes finely - about 3mm thick (yes, I did measure them). If they are too thick they won't cook in the time.

Cheese then. All I can say is the stronger the better when it comes to melted cheese - Extra Mature Cheddar is what I use. You could use a farm-made variety and that would probably taste even better, but I tend to stick to something like Cathedral City when I'm cooking - partly because I use a lot of cheese.

...Why don't you try more variations on Basic Bolognese: 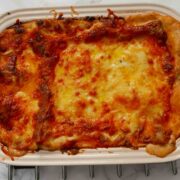 Everyday Lasagne is a version of the classic dish with hidden veg, using a portion each of Basic Bolognese Sauce and Cheese Sauce.To make from scratch you will need to cook the two basic recipes - about 2 hours to make in total 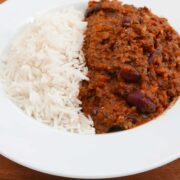 Spice up Basic Bolognese with storecupboard ingredients for a veg-inclusive Everyday Chilli. Just add rice for a complete meal. 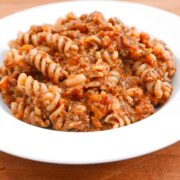 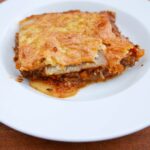 For the Mince and Potato Gratin: