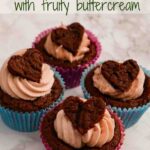 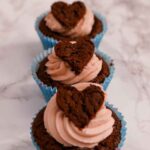 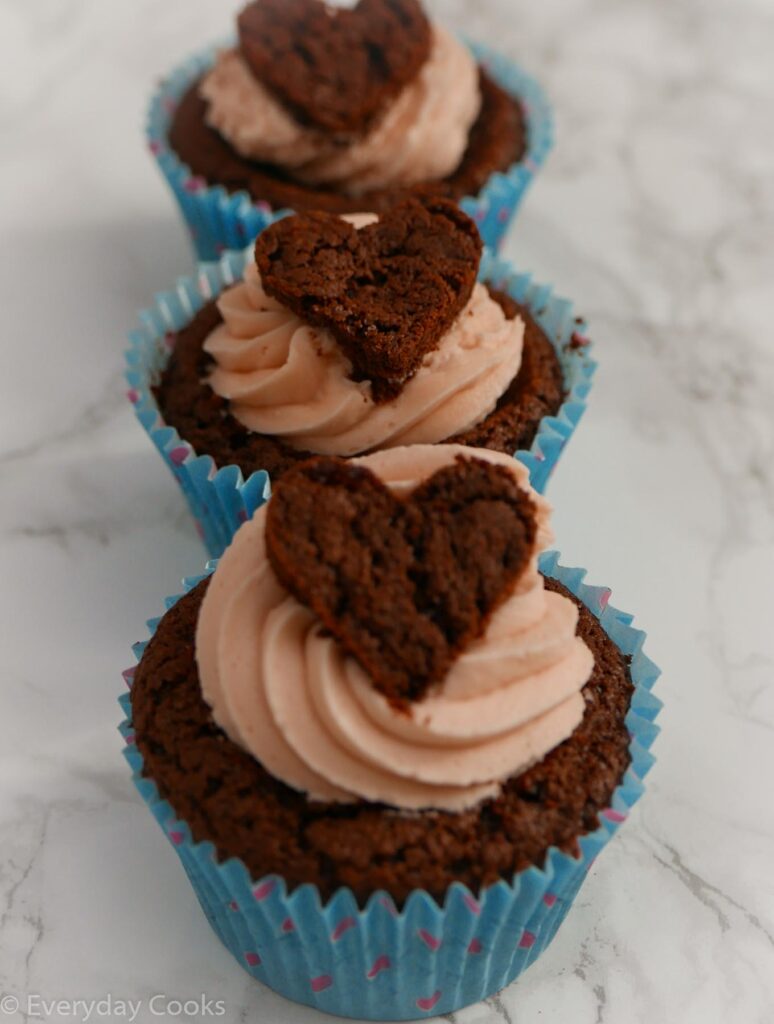 Looking for an Easy Valentine Cupcake

When I started looking on Pinterest for easy Valentine cupcake recipes I found myself spending ages marvelling at a) the ingenuity of some cooks and b) what some people call easy.

I was quite taken with a couple of ideas. One of them was to overfill the paper case, cut off the excess when it was cooked and cut out a heart shape, then spread a layer of frosting over the cake and replace the top so that you can see the pink heart. I thought I'd give those a go, but it didn't quite work out.

First, I only had cupcake/muffin cases that looked suitably Valentine-ish. I prefer to make smaller fairy cakes because I think they're a better size to eat. Although I put lots of mixture in the cases, I found I hadn't overfilled them, so the cake just came to the top of the case. Normally, this would be perfect but not this time.

I tried cutting the top off but it was a mess, so I thought I'd cut out the top the same as for Butterfly Cakes, which gives a cone shape in the cake. I levelled off the top piece and cut out a heart shape. It all crumbled because the top was crisp. Not a problem, cutting the rest out from the soft underside was successful.

I spread some buttercream on the cake and planted the cut-out heart on top. Bit of a disappointment. What looks perfectly acceptable on the table can look a bit untidy in a photograph. Photography isn't my strong suit and I know I have to make an effort for Pinterest etc. but I don't want to spend ages making things look nice just for the picture. I feel very strongly that I don't want to be misleading about how long recipes take and how straightforward they are. I don't want to call this a recipe for Easy Valentine Cupcakes and then take half an hour titivating the cakes for the photo.

Today's compromise was to pipe the buttercream onto the cakes, which actually was a better idea anyway. Maybe sometimes I'm just too lazy. I did get a bit carried away with icing the first cake, which ended up being about 50% buttercream, so I had to cut down a bit to make it more palatable (for me) and to have enough for all the cakes.

Because I have an aversion to using loads of food colouring, I figured that red jam (any flavour) would be a good addition to the icing. You have to sieve the jam first or you would have speckles in the buttercream - although that might look quite nice. Alternatively, you could use a seedless jam like I did. Actually, mine was strawberry and rhubarb that a friend made. The rhubarb means that the jam isn't so sweet, which gives a nice sharp flavour to the buttercream. My dear friend isn't a particularly keen cook (but you should see her patchwork!), so the jam might be an easy recipe. If so, you'll see it here soon. 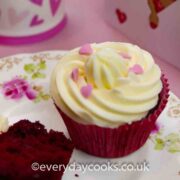 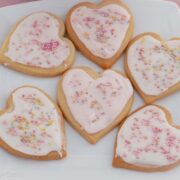 Heart-shaped rose-scented Valentine Biscuits with pink icing and sprinkles. How romantic is that? 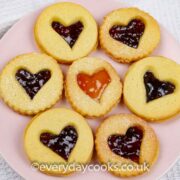 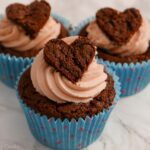 To decorate the cakes:

Jam: Any red jam will do. If you want an even colour you will need to sieve it to remove the fruit or you can use a seedless jam. Using jam means that you need less food colouring, but you could do without.